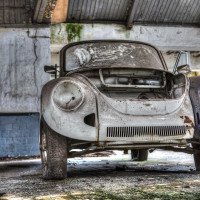 This entry was posted on Thursday, August 20th, 2015 at 19:10 and is filed under HDR. You can follow any responses to this entry through the RSS 2.0 feed. You can leave a response, or trackback from your own site.

Previous: New Bokeh Panoramas
Next: How to shoot vacation portraits – Tips and Tricks

During our trip to Drenthe we drove by an abandoned garage several times. So one time we decided to stop and have a look. There were some possible entry points at the front, but with wife and kid they were not the best way of entering the building (broken glass and rusty nails). So we took a look at the back. There we found a big yard with a small garage still in business. And people who were actually working on cars. So I decided to have a chat. Soon we learned that the old garage was owned by three brothers who were in a quarrel about the last will of their father. And all the time they were discussing the will no one did a thing with the garage nor with the cars that were still inside. So I went straight for the bold question and asked if it would be okay to have a look inside and take some pictures. And without a doubt the guy said ‘yes’. So without further ado here are the shot I took inside of this old garage.

Because I was totally unprepared but still wanted to do HDR I decided to shoot everything without a tripod. All HDRs are three images combined and edited in Photomatix and Lightroom. The full gallery can be found here – Urbex HDR Gallery 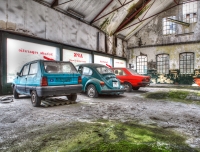 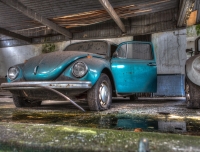 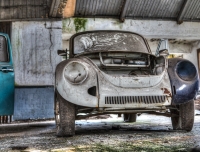 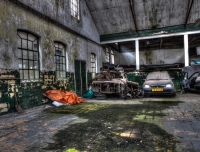 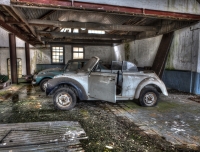 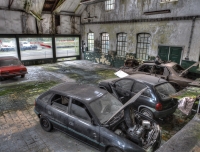 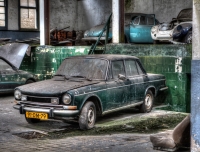 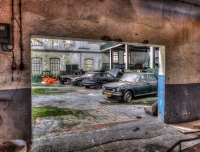 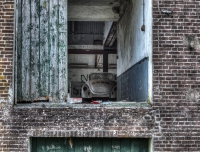 3 thoughts on “Urbex HDR in Drenthe”