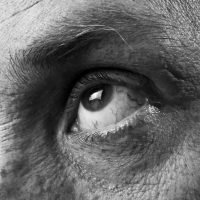 This entry was posted on Tuesday, April 13th, 2010 at 10:48 and is filed under Portraits. You can follow any responses to this entry through the RSS 2.0 feed. You can leave a response, or trackback from your own site. 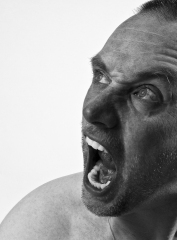 While I was setting up the studio for the shoot with Nickita and Mick I made some test shots. I used myself as subject to get the light the right way. When I transferred the images o my PC I noticed that some of them were actually quit nice. So I started to play with them in Adobe Lightroom and Adobe Photoshop. To see more just click on the images.

What did I do? First of all I got my exposure on the correct setting in Lightroom, then I opened it in Photoshop. Played with contrast and brightness. 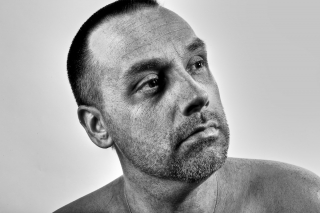 When I was satisfied I copied the main layer and set the layer mode of the copied layer to “Soft Light’. What this does in a B&W photo is make you edges more vivid, and this will give you the idea that you have sharpened your photo. That’s all I did to all but one.

The one on the left was actually a single HDR (HDR made from one single shot) that was tonemapped and then set to B&W. From there I did the same actions as I did on the other photo’s