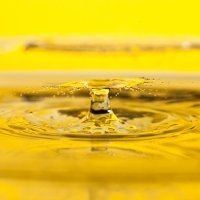 This entry was posted on Wednesday, February 23rd, 2011 at 00:57 and is filed under Experimental. You can follow any responses to this entry through the RSS 2.0 feed. You can leave a response, or trackback from your own site.

Previous: Black and White or HDR?
Next: Old fashion flowers

I just realized that I never published anything about my new water drop setup.

So here it is. I have been busting my head for a long time on how to get around the issue of spending way too much money on an expensive drip installation and an electric trigger system.

And finally I saw the light. I needed a medical drip. So I started my search on the net and it took me a while to realize that it was a quest with no end. III asked around if someone knew somebody that had access to medical supplies. But no luck. 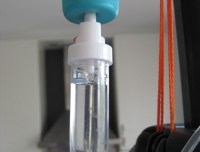 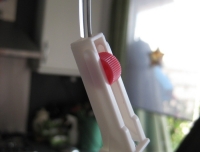 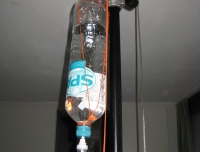 Finally I found a website here in Holland that would sell drips to private an address. But only the drip system and not the bags that you need to fill up with liquid.

I decided that I would figure something out and ordered two sets. When I received the package I opened it as soon as possible and examined the system. Never paid any attention to stuff like this so did not know what to expect. Luckily one end had a thick sharp end, and I figured that I would be able to push this thru the cap of a lemonade bottle. And so I did.

I filled the bottle with water and found out that it was not working. I took a while to realize that I needed an extra hole in the other end of the bottle to let air in. And guess what, I had a system that produced drips that I could regulate.

So still no trigger system. I decided to go with the old fashion system – good luck.

See below for my first umbrella drops. Next phase will be to get the lighting right and the background / color. So still more to discover. 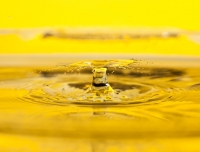 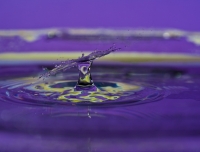 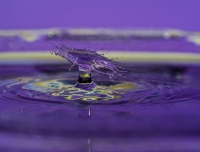