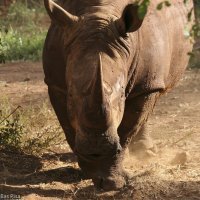 This entry was posted on Saturday, June 2nd, 2007 at 20:47 and is filed under Travel. You can follow any responses to this entry through the RSS 2.0 feed. You can skip to the end and leave a response. Pinging is currently not allowed.

In 2006 we made a trip to Kenya and Tanzania, on this page you will find a selection of photos that were made in Kenya (for Tanzania go back and select ‘Tanzania’) 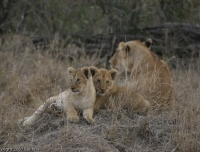 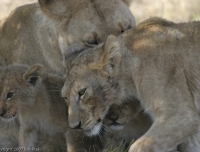 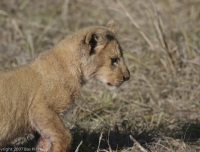 We made the trip in February and the rain season was just starting.During this period you will be able to see many new born animals. And so did we. We saw many lion troops with their cubs, and to be honest it was hard to resist not to leave the car and walk over to them, just to pet them. 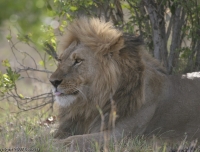 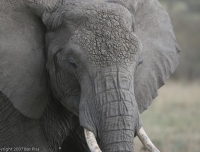 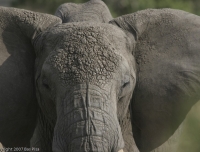 We had made the choice to take a private safari and therefore we could decide for ourselves if we wanted to spend more time at a specific location. This giving us the opportunity to see what we wanted to see. In Kenya we spend the most time in the Masai Mara, a nature park that connects to the Serengeti (Tanzania). In this park it is still possible to leave the road and come up real close to the animals. Sometimes a little bit too close! This young elephant bull wasn’t very happy to see us, or wanted to make a statement in front of his little herd. He was really showing of and making a lot of fuzz about our visit. 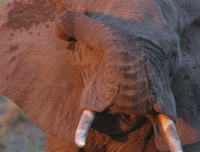 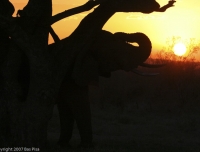 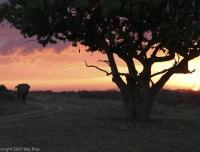 Later that day we encountered a solitaire elephant bull, and that was when it became scary. As soon as he spotted us he started to wave his head and making clear to us that he was not going to move. For us it was almost impossible to escape by driving backwards due to the difficult roads. We waited for some very exciting minutes and finally we saw a little opening. Our driver steps on the gas and we were able to get behind him. Luckily for us this was satisfying enough for the bull and he continued his path. Giving us these nice sunset opportunities. I think we were very lucky that nothing bad happened and this is a moment that I will definitely will remember for a very long time. 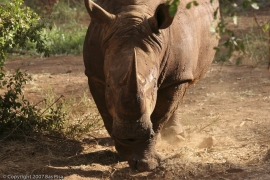 At the end of our safari we had a very special experience. Thru some local contacts we were given the opportunity to get real close to some animals. First we could pet this beautiful white rhino. It is a superb experience when you get so close to such a huge and powerful animal. And the second threat was that we were allowed to pay a visit to this beautiful cheetah lady. At first I did not realize that she was able to get to me and I was paying attention to something else, when I suddenly felt something pushing against my legs. When I looked around I saw this wonderful animal. After several minutes she calmed down enough so that we could pet her and even embrace her. 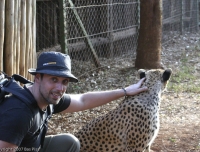 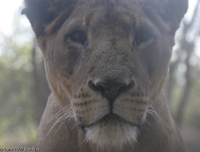 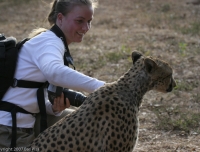 I love the giraffes. It’s wonderful to see how they have to bend their legs to reach the water. We almost withnessed two giraffes mating, but unfortunately he wasn’t able to perform. So he was relieved by one of his friends, who also failed to preform. She eventually gave up and walked away. We saw many of them and it was a delight to encounter those animals and see how they grazed through the threes.

Life in the Masai Mara is all about survival, you see the lions hunting and eating their prey, after they are done the hyena’s and vultures take over. This lioness was on the hunt and she was leading a big troop of 14 adults and 12 cubs. We encountered this group several times that day. This picture was taken after sunset using my flashlight. All over the Mara you will find large groups of vultures having dinner. All you see these birds do is rest, eat, and fight with each other. I have seen the movie “the jungle book” by Disney, and I have to admit they copied the ‘funny’ walk for the full 100%. 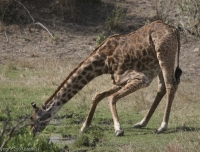 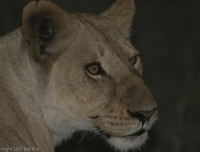 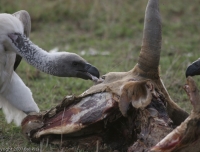 Water buffalo’s are supposed to be the most dangerous animals in Africa, therefore it was very exciting to be so close to them. To me they just looked like dumb animals but that’s what I always think when I see cow-like animals. Our guide had some great stories about these beasts attacking safari-vans. The Cheetah on the right was the first ‘big’ cat that we spotted, when we followed her we found out that she had two small cubs, who were hiding in a small bush. We had the luck to spot her first, so we had some time alone with her. 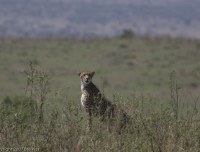 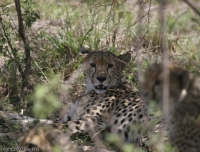 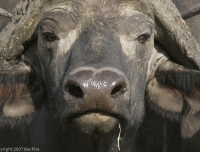 When we left Tanzania, we traveled by night train, which was a huge experience. The first class of the train was way below the european standards and couldn’t even be compared to third class in Holland. The dinner was another experience. Very small tables and lousy food. When we were ready bed, it was still very hot and the ventilator was out of order. So not many sleep during that night. When we woke up the next morning, we had a beautiful scenery and a lot of photo opportunities. When we were approaching Nairobi I saw these kids on the platform. Back to the crowded and poor city life of Kenya. Dirty streets and a nasty smell. 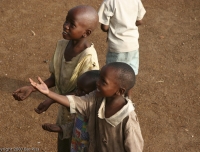 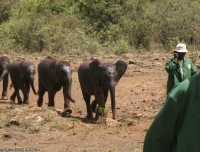 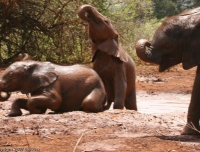 Close to Nairobi you will find the elephant orphanage. They provide shelter for elephants and rhinos. They are only open for one hour per day to make sure that the elephants don’t get used to humans. When they are old enough they need to survive on their own in the wild. It is possible to adopt an elephant, just check their website (www.sheldrickwildlifetrust.org)