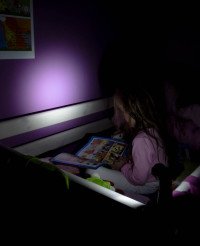 The first shoot where I tried the floating concept (or should I say hovering?). My daughter and I had a lot of fun creating these trick photography photo’s. Wondering how we did it? – just place your mouse over the large image to see the un-edited version. After shooting we went straight home (to warm up and) to see the result. After a few tweaks in Adobe Lightroom we were both satisfied with the end result. The whole idea is that you support your subject with something that  distincts from its surroundings, so in my case the green stool. This can be easily removed in an image editing program like Adobe Photoshop. Make sure you place your camera on a tripod and make the shot. Then remove the subject and the stool without altering the rest. So in the above example we needed to be careful not to leave footprints in the snow or bump against the sled. Take a second shot (without the little lady and stool) and in Photoshop you load both photos. Place the one with the subject in it on top of the other. Use your favorite tool to remove (erase) the green stool from the top image. And as if it’s magic you will see it disappear. (In other words the image in the back will show where the stool was. And because you used a tripod it will not differ from the top image. In my case I was careless and I needed also the remove the pulling rope which was tied to the sled. As you can notice I also had to created (draw) the missing parts of the black pants of Nicki otherwise her legs wouldn’t look natural. To top it off I also extended the scarf, and added shadow on the […] 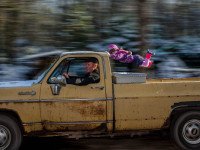 A while ago I have been working on an old concept. (I just realised that I also need to place those photos as well (will do tomorrow)) The concept is about floating, and in this particular case, it is my 4yrs old daughter who will be doing the floating (flying, hovering, or whatever you want to call it). Above you can hover with your mouse over the image and you will see the before and after versions My first edit was the one here on the right. After toying with it for a while I can to the conclusion it still needed a few things. So I kept fiddling until I came to the result here above. I especially like the movement that I added to the image. For this I used Adobe Photoshop and added radial blur to the wheels and motion blur to the background. When done I re-imported the photo into Adobe Lightroom so I could make the last adjustments. (vibrance, clarity, and white balance) As added bonus we also brought the sled. And this became the prop for the next shot, which you can see here on the left. We used the same technique as before. But more about that later on. 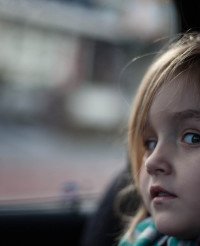 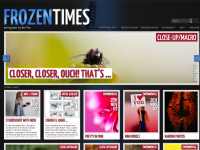 Today I went live with frozentimes.net version 5.0. A complete new look & feel. A new user interface. A new approach to blogging. A new gallery backend. I am hoping that by replacing the gallery backend the whole site will gain in performance (speed) and it will be easier for me to maintain the gallery and export photos from my library software to the website. Further more I felt like that the design was outdated. I went from a traditional way of presenting blog posts (top to bottom) to a magazine style. See the images below. I also added a new way to search. You now can search thru the articles and the photos. Or just the articles or just the photos. Change the mode by clicking the small icons next to the search button. () About navigation, there also a few things changed. You now can flip thru the pages with [shift][left arrow] and [shift][right arrow], you can use the same key combination for flipping thru the posts and the gallery pages. If you open the photos in large format you can flip thru them with just the arrow keys [arrow left], [arrow right]. I also decided to abandon my old ‘bumper’page. And I am sure I am going to miss it. For old times sake, I left it on the server (it can be found here)   Leaves me to thank my ‘nerding’ buddy Jeroen for all the help and the advice whilst building this new template. I do hope you enjoy the new version, so please let me know your thoughts on the new design via the comments form at the bottom of this post.