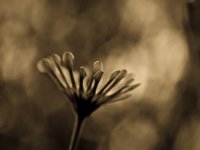 Just some experimenting within Lightroom. I did like the result so I wanted to share them here, click on the photos to see a larger version. Or just go to the gallery. More experiments to follow soon 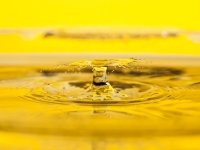 I just realized that I never published anything about my new water drop setup. So here it is. I have been busting my head for a long time on how to get around the issue of spending way too much money on an expensive drip installation and an electric trigger system. And finally I saw the light. I needed a medical drip. So I started my search on the net and it took me a while to realize that it was a quest with no end. III asked around if someone knew somebody that had access to medical supplies. But no luck. Finally I found a website here in Holland that would sell drips to private an address. But only the drip system and not the bags that you need to fill up with liquid. I decided that I would figure something out and ordered two sets. When I received the package I opened it as soon as possible and examined the system. Never paid any attention to stuff like this so did not know what to expect. Luckily one end had a thick sharp end, and I figured that I would be able to push this thru the cap of a lemonade bottle. And so I did. I filled the bottle with water and found out that it was not working. I took a while to realize that I needed an extra hole in the other end of the bottle to let air in. And guess what, I had a system that produced drips that I could regulate. So still no trigger system. I decided to go with the old fashion system – good luck. See below for my first umbrella drops. Next phase will be to get the lighting right and the background / color. So still more […] 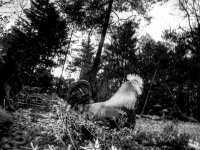 Love black and white? Equally love HDR? Why not combine the two techniques? I have been playing with the idea for a while and I thought it was time to show the result. So basically you have two ways to approach this. (In this example I used a single shot HDR.) 1) Make a HDR of the original and then edit that to black and white 2) Make a black and white edit of the original(s) and turn that to HDR. In this example I went for option one. Just because that way I only had to produce one black and white edit instead of three. To be honest I can’t tell the differences in result between the two options but that is for a later moment to try out. See below for the results. (click on the images for the larger versions) I love the way how you get the detail back when you use HDR. Just compare the trees from the original edits with the HDR edit (both B&W and color version). Make sure you get your transformation to B&W correct. I personally am a lazy bastard and have a preset that I use in Silver Efex Pro from NikSoft. (one of my favorite tools) It also gives you the old fashion look by adding the original film grain (based on type of film). I also like to add extra drama to the image during the B&W transformation. Just play with contrast , levels, etc…