Last weekend, I finally decided to upgrade my gear. I drove to my preferred camera shop in the other end of Holland with my pocket filled with money. I was determined to by the latest edition of Canons xxD series. The 40D. I was curious about it’s new features and had been playing with this body for a while inside my head. On my list were also several new lenses, because i had decided that I would upgrade my glass to f/2.8 all the way. So I did my research on the Internet and made a short list of combinations that I could buy. I was eager for the Canon EF-S 17-55mm F/2.8 iS USM, and the Canon EF-S 10-22mm F/3.5-4.5 USM, in combination with my new 40D. But this left a gap between 55mm and my Canon EF 70-200mm F/2.8 USM. So I also had an eye on the Canon EF 24-70mm F/2.8 L USM. When we arrived at the camera shop (Kamera-express.nl), (Yes, we. My wife accompanied me for moral support), we were welcomed with a nice cup of coffee in the prof room at the back of the shop. And I was sitting at a large table looking at three bodies. My own 20D (which I brought for comparison), a new 40D and a 5D. I had this idea in my head that the new digi III processor would produce more colorful picture then my current digi II processor. So I made some tests with all three bodies. the 20D to see what I had up to now, the 40D because I was eager to buy this. And the 5D because the guys from the shop (let’s call him Gijs) told me that this was nice with colors as well. I never had the idea to buy […] 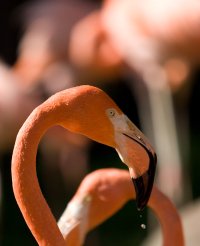